The Art and History Tour 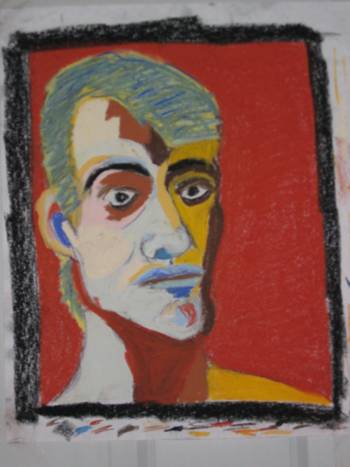 This trip grew out of  my desire to return to Italy after an absence of over three decades.  In 1967, shortly after graduating from college, a college friend told me he thought I didn't get out of town much... that I was actually kind of a "stick-in-the-mud."  Such a challenge can't go unanswered, so I took off on an around the world trip.

I left Juneau, Alaska on a ferry boat during a howling blizzard in mid-December, 1966.  I traveled by car - a ratty old 1956 Volkswagen sedan - around the US, by cheap freighter across the Atlantic, by thumb from Genoa, Pisa, and Florence Italy, through the Alps to Austria, then to Berlin; by train across the Soviet Union; then by plane, train, and boat from Irkutsk, USSR to Yokohama, Japan.

If I had been in Australia, and had been Abo, this trip would have been my walkabout.

Of all these places, it was Italy, particularly the 10 days I spent in Florence, Italy, that sticks most in my memory.  It was shortly after the great flood which destroyed many great European art works, and put many more in jeopardy because of flood damage and moisture.  This contrast between a ravaging nature, a great medieval city, and great works of world art has always had an energizing effect on my imagination, and my interests.

When, finally, the children are grown, as mine now are, it is possible to consider these kinds of trips again.  In Belize last year, I spent some time with a German couple on tour, and described to them my desire to return to Italy.  They recommended Sicily, and Sicily became the primary focus of my trip.  When a friend invited me to his son's wedding in late June in North Weare, New Hampshire, I knew that the trip was finally on.  I would simply take the long way around and go to No Weare by way of Europe.

The photos and narrative that follow is my record of that trip.

Flying east over the American Mid-West at 36,000 feet toward Newark, New Jersey.

Approaching the runway at Newark.  The tallest structures in the distance - almost lost in the smog - are the World Trade Center Towers in lower Manhattan.